Back to board of directors 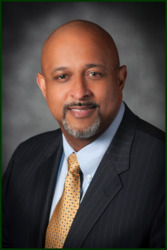 Tony began his career with Erie Insurance as a District Sales Manager Trainee in 1997 and has consistently worked his way through and up the organization and in 2017 became the Vice President of Sales for the Northeast Region. Throughout his career with Erie Insurance he has lived throughout the region including, Indianapolis, IN, Dayton, OH, Allentown and Harrisburg, PA and now calls Erie home where he resides with his wife and two children. Tony earned his undergraduate degree in Business from Franklin University and Master’s in Management from Indiana Wesleyan University. He holds multiple industry designations and in 2012 was named company Representative of the Year by the PIA of Indiana. Tony is from the island of Grenada, is a veteran of the United States Air Force and plays guitar in his spare time.